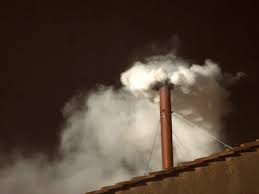 Cardinal Dolan was on Colbert's show!

Did you miss it?  No worries....here are his two segments, because believe me, you want to see this! 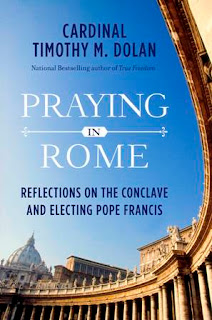 Here's what the publisher wants you to know about the book:

"All eyes turned to Rome in February 2013 when Pope Benedict XVI announced he would resign the papacy. In the two months that followed, the world watched and waited as an elite and select group of men — the College of Cardinals — arrived in Rome to take part in the Conclave to elect the next pope. Among those men was Cardinal Timothy Dolan, Archbishop of New York and head of the United States Conference of Catholic Bishops

In the eBook original Praying in Rome (Image, July 9, 2013) Cardinal Dolan reflects on the important period of the Conclave and the electing of Pope Francis, sharing his firsthand account of what happened during those days and what it means for the future of the Catholic Church.

By turns, witty, provocative, and inspiring, Praying in Rome offers the reader a glimpse into what it was like for Cardinal Dolan during that most exciting and deeply spiritual of times."

You can go here to learn more about the book and order it for yourself! 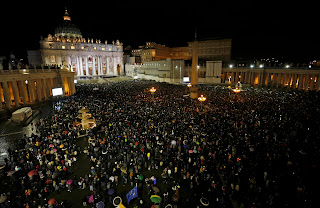