Congrats to one of our favorite authors here at Novel Chatter: TIM POWERS!  For his 2013 Locus Award   nomination for HIDE ME AMONG THE GRAVES!! 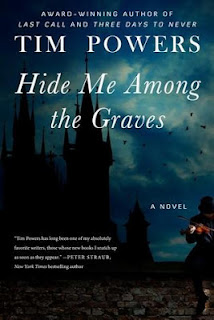 The Locus Science Fiction Foundation has announced the top five finalists in each category of the 2013 Locus Awards.


Winners will be announced during the Locus Awards Weekend in Seattle WA, June 28-30, 2013.  Connie Willis will MC the awards ceremony and judge the annual Hawaiian shirt contest.