On this 4th of July, we celebrate the freedom that so many died to provide for us. Let us remember what true freedom is, and what so many have endured and lost for us to be free. Let us never throw these God given gifts away.  God Bless America.

The best seller, UNBROKEN, by Laura Hillenbrand, is the true account of a man who would not be broken. Louis Zamperini is 95 and living in the Los Angeles area. 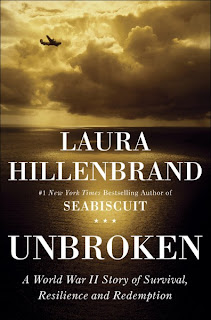 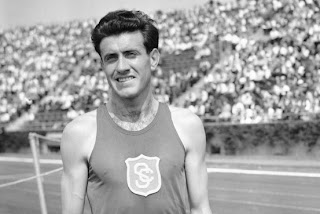 
On June 23, 1943 three American soldiers had been drifting in the Pacific Ocean for twenty seven days. The rafts were deteriorating, their bodies were covered in salt sores, and they didn’t know it at the time, but there would be another twenty days of drifting ahead for them. Only two of the three would survive.  One of them was former Olympic runner Louis Zamperini whose life would never be the same.

Laura Hillenbrand’s Unbroken is an amazing study in resilience, defiance and strength that takes you on the journey of one man’s lifetime. Zamperini was an incorrigible child, a natural runner, and a man who would not be broken. He survived unspeakable torture and deprivation at the hands of his Japanese captors only to find himself being tortured by his memories after returning home at the end of the war.