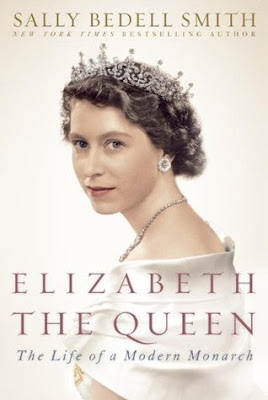 From the publisher: From the moment of her ascension to the throne in 1952 at the age of twenty-five, Queen Elizabeth II has been the object of unparalleled scrutiny. But through the fog of glamour and gossip, how well do we really know the world’s most famous monarch? Drawing on numerous interviews and never-before-revealed documents, acclaimed biographer Sally Bedell Smith pulls back the curtain to show in intimate detail the public and private lives of Queen Elizabeth II, who has led her country and Commonwealth through the wars and upheavals of the last sixty years with unparalleled composure, intelligence, and grace.  In Elizabeth the Queen, we meet the young girl who suddenly becomes “heiress presumptive” when her uncle abdicates the throne. We meet the thirteen-year-old Lilibet as she falls in love with a young navy cadet named Philip and becomes determined to marry him, even though her parents prefer wealthier English aristocrats. We see the teenage Lilibet repairing army trucks during World War II and standing with Winston Churchill on the balcony of Buckingham Palace on V-E Day. We see the young Queen struggling to balance the demands of her job with her role as the mother of two young children. Sally Bedell Smith brings us inside the palace doors and into the Queen’s daily routines—the “red boxes” of documents she reviews each day, the weekly meetings she has had with twelve prime ministers, her physically demanding tours abroad, and the constant scrutiny of the press—as well as her personal relationships: with Prince Philip, her husband of sixty-four years and the love of her life; her children and their often-disastrous marriages; her grandchildren and friends.

I really enjoyed this book, Smith goes to great lengths to really give the reader a background into the life of the young princess who suddenly goes from being a "background" Royal to being front and center when her uncle, the Duke of Windsor abdicates.  As her book unfolds, it's easy to see that great attention was paid to getting things right and telling a fair account of the Queen's life "in service to her country" when you realize that Smith was allowed to travel with the Queen on many trips, to visit her Royal residences and had access to reportedly two hundred people within the world of Her Majesty.

Smith shares the strength and courage of a young wife and mother, who overnight, becomes Queen with the early death of her father. You learn background bits about her teen years as a Girl Guide and someone who watched her parents go out into the streets of London during the bombings of WWII, she's head strong and frugal. She's steady, she's adapted and she's endured.

I enjoyed Smith's writing style and her attention to details. This could bother some, but not me. I want to know, I love biographies and I admire the courage and strength of this woman.  Elizabeth The Queen is not a short or "easy" read. But it is a a good read. A very good read.

**This book was provided to me by the publisher through a LibraryThing.com giveaway and that in no way affected my honest review.