Thank you Veterans everywhere for keeping us safe and free! 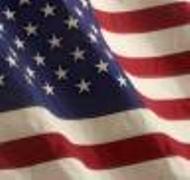 I'd like to spotlight a book, about a WWII veteran, Louis Zamperini. I wrote about this book by Laura Hillenbrand last year here on NovelChatter and in honor of all Veterans, I'll post my review again today. 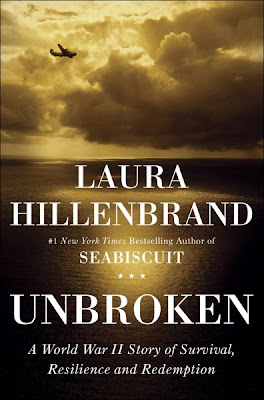 
Laura Hillenbrand’s Unbroken is an amazing study in resilience, defiance and strength that takes you on the journey of one man’s lifetime. Zamperini was an incorrigible child, a natural runner, and a man who would not be broken. He survived unspeakable torture and deprivation at the hands of his Japanese captors only to find himself being tortured by his memories after returning home at the end of the war.


If I gave stars, I'd give this one a big 5 out of 5. I received this book as an advance readers copy upon  my request to the publisher. I like it so much, I'll be at the brick and mortar book store Tuesday to buy a copy to add to my own library.

Laura Hillenbrand is the author of the #1 New York Times bestseller Seabiscuit: An American Legend, which was a finalist for the National Book Critics Circle Award, won the Book Sense Nonfiction Book of the Year award and the William Hill Sports Book of the Year award, and inspired the film Seabiscuit, which was nominated for seven Academy Awards, including Best Picture.  Hillenbrand’s NEW YORKER article, “A Sudden Illness,” won the 2004 National Magazine Award.  She and actor Gary Sinise are the co-founders of Operation International Children (www.operationinternationalchildren.org), a charity that provides school supplies to children through American troops.  She lives in Washington, D.C.