Books to Movies Monday - Imitation of Life by Fanny Hurst

Since next Sunday is Mother's Day here in the US, I thought I'd spotlight a film about two mothers and their daughters...and how their lives intertwine and are for ever changed.

Fanny Hurst's 1933 tear jerker story was made into two films and is still a popular film in the "classic" film genre and runs regularly on various cable channels.


Claudette Colbert and Louise Beavers in the 1934 film adaptation: 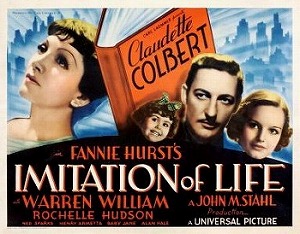 And then there's the 1959 Lana Turner, Juanita Moore film version: 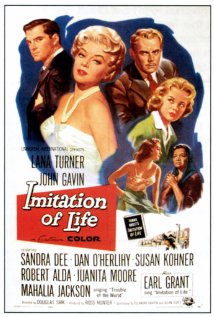 I love them both!  There are four great roles for women in both films and I'd love to see this adapted again today!