Tim Powers speaks with me about "ON STRANGER TIDES"

Since the new "PIRATES OF THE CARIBBEAN:  ON STRANGER TIDES" movie starring Johnny Depp, was suggested by the fabulous Tim Powers' classic tale of zombies, pirates and voodoo is on the horizon....let's take a look back at our 2010 interview with the man himself! Tim penned "ON STRANGER TIDES" back in 1987, that's a long wait for an author to see his book title on the BIG screen!  Congrats to Tim!


So let’s start at the beginning with the award winning author Tim Powers. 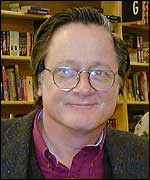 Tim, what was your inspiration spark for this fantastic story?
-TP: “ I had just finished a novel set in the future, and I wanted to do another historical novel next, just as a change-of-gears -- and I've always loved Stevenson's Treasure Island and Sabatini's books Captain Blood and The Black Swan, so it occurred to me that the Caribbean pirates in the 18th century could probably be a good basis for the sort of book I like to write -- that is, supernatural adventure.”
And it sure is a supernatural adventure, skeletal pirates and voodoo! My parents took us kids down to Disneyland every summer when I was growing up and my favorite thing at DL was a sign that said "Future home of Pirates of the Caribbean."  I was in love with pirates at a very young age.   Did you have a love of pirates also?   I read the Sandy Auden interview on the SFsite where the "stream of consciousness jazz notation" idea of your writing of this book is thrown into the discussion - can you elaborate or explain how that method worked with this story?
-TP: “Yes, I grew up reading Stevenson and Sabatini, so I've always loved pirate stories! They've got such fine ingredients: sea battles, cutlass fights on tropical beaches, desperate men with renounced pasts in the Old World, British accents and manners in savage jungles, eyepatches and parrots and peg-legs! Great stuff.   The stream-of-consciousness thing is how I put stories together, before I start to actually write them -- I talk to myself into the keyboard, asking questions, proposing lots of possible plot elements, speculating about characters and events, considering what sort of locales and scenes and conflicts might be fun to include ... it's all very random at that stage, like an architect taking his first look at a blank patch of land and imagining every sort of bridge and balcony and turret. Eventually I have to start being specific, but in this initial stage I just throw every sort of idea up in the air -- so it's not terribly coherent, except to me!” 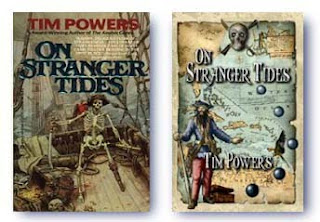