On Deathly Hallows to premiere July 7 in the UK

The ending of this wildly popular book and film series will have its London premiere on July 7 according to the Variety article below. . 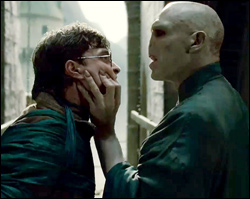 Warner Bros. has set July 7 for the world premiere for "Harry Potter and the Deathly Hallows: Part 2" for London's Trafalgar Square and Leicester Square.
Studio announced Tuesday that the event's the first red carpet premiere event in Trafalgar Square. The final Potter pic will be screened at Leicester Square's cinemas.
London mayor Boris Johnson said in a statement, "As befits a great British triumph, I can think of no better venue than the iconic surroundings of Trafalgar Square in which to stage the most spectacular of send offs for this dramatic finale."
The seven "Harry Potter" films have grossed more than $6 billion worldwide. The final pic will open worldwide during the July 13-15 period."